In general, California’s three strikes law is fairly straightforward.  If you have a prior “strike” offense (a serious or violent felony), your second felony results in twice the term it would get if you didn’t have a prior felony. If that second strike is for a serious felony, then five more years are added on. Thus, for second strikers, the court determines the base sentence, doubles it and adds on five more years.

Of course, real life isn’t always that simple. In many cases, the second strike is a conviction for several offenses, with multiple terms. Does the serious felony enhancement apply to each term, meaning your five extra years can pile up to become extra decades? Not according a Supreme Court decision just a few weeks ago which held that the serious felony enhancement may be added only once as part of a second-strike sentence. 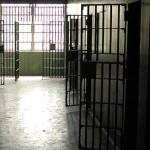